Posted on July 23, 2019 by Wedgwood in Seattle History 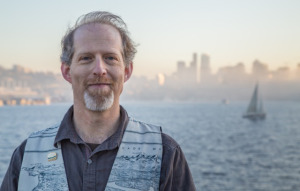 The City of Seattle has at least fifty streams flowing across its ridges, through meadows and wetlands into bodies of water including Puget Sound and Lake Washington.

There is no one source for a list of Seattle streams and their names.  Geologist and naturalist David B. Williams has compiled his research into the stream names, which is a journey into Seattle history.

Like the names of Seattle streets, stream names can refer to historical figures such as Seattle’s early white settlers.  Henry Yesler, who arrived in 1852, was one of Seattle’s earliest businessmen, owner of a sawmill which provided employment.  A stream area named for him is in northeast Seattle, Yesler Swamp, adjacent to the Center for Urban Horticulture.  In that neighborhood which is now Laurelhurst, Yesler later set up another sawmill on Union Bay.

One of northeast Seattle’s major stream systems, Thornton Creek, might have been named for John Thornton who arrived in Washington Territory in 1850 but who never lived in Seattle.  The 1889 map of land claims is marked with the name Thornton Creek but does not clearly show who that name refers to.

Some tributaries of the Thornton Creek system are named for early residents such as the Fischer Farm family of Meadowbrook, the Willow Creek tributary at the Nishitanis’ Oriental Gardens nursery business, the Mock family who were neighborhood activists and John Matthews whose property became Matthews Beach. 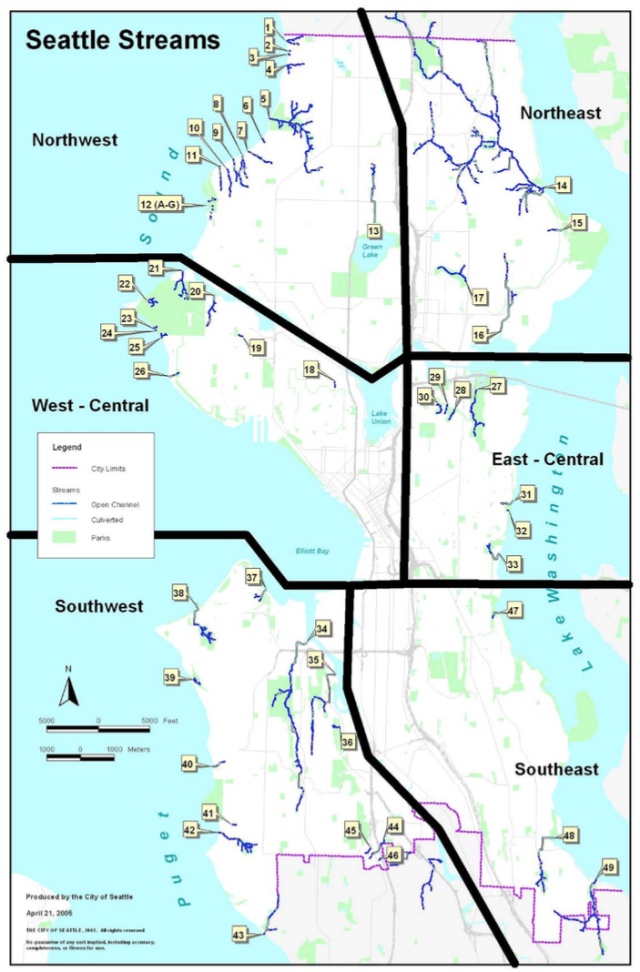 Valarie is a volunteer writer of neighborhood history in Seattle.
View all posts by Wedgwood in Seattle History →
This entry was posted in Land records and surveys, Nature and wildlife, research resources and tagged Neighborhood History, Seattle. Bookmark the permalink.