Posted on March 31, 2012 by Wedgwood in Seattle History

In the 1940s Arthur & Dorothy McGillivray decided to move from Minnesota to Seattle along with their daughter, Bette, while Bette attended the University of Washington.   With past experience in merchandising, the McGillivrays were ready to try their hand at opening their own store, which they named the McGillivray’s Variety and Gift Store.

The small space at 7509 35th Ave NE (Seattle Coin Shop) on the north end of this building was the first McGillivray’s Variety and Gift Store in 1949.

In 1949 the McGillivrays moved into the house at 7517 35th Ave NE and acquired the store space on the end of a row of shops at 7509 – 35th Ave NE (present site of Seattle Coin Shop) on the northwest side of the intersection of 75th and 35th.  There was a small parking lot between their house and the store.

The store at 7509 35th Ave NE was small but was an immediate success as it met a need in the growing Wedgwood business district of the 1950s.

The McGillivrays, known to all as Mr. & Mrs. Mac, were obliged to make the attic and basement of their house next door into storage areas for merchandise.   One day during a busy Christmas season, the Macs and two of their clerks all found one another over at the house, running to get something for a customer, leaving no employees in the store!   They returned to find the customers waiting patiently for everybody to come back with their orders.

The McGillivrays build a new store

The bank building at 7512 35th Ave NE was originally built in 1955 as McGillivray’s Variety and Gift Store.

The business grew so that in 1955 the McGillivrays were joined by their daughter and son-in-law, Ray & Bette Euse.   They built a new, larger building for their store across the street, on the east side of 35th Avenue NE at 7512 35th Ave NE (now occupied by Chase Bank.)

There was an old house on the 7512 site, originally owned by the VanderWels, one of the Dutch immigrant families who were early residents of the neighborhood.  The McGillivrays had the house moved to 7308 38th Ave NE, to create more space at 7512 35th Ave NE for their new store building and for a parking lot. 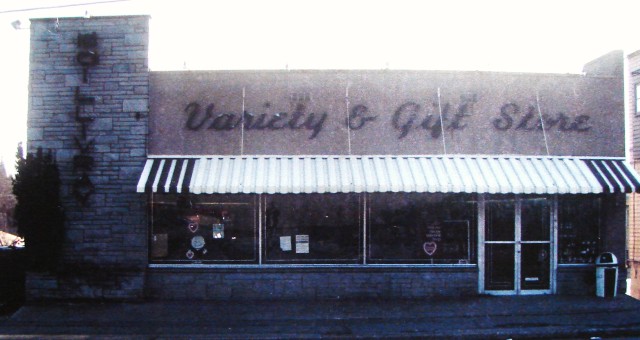 The McGillivray family built a store at 7512 35th Ave NE in 1955, after operating a smaller store across the street at 7509. This building is now Chase Bank.  The front windows and entry have been re-done and the entry to the bank is now on the north side (left side of this photo).

The McGillivray’s Variety and Gift Store was jam-packed with merchandise, including gifts, greeting cards, gift wrap, party and paper goods, housewares, children’s clothing and hosiery.   There was a hobby and craft department, and a complete yardage department with fabrics, notions, and patterns.   On the lower floor was a toy department which featured fine collector dolls such as Madam Alexander’s, in a better selection than could be found even at downtown Seattle’s Frederick & Nelson Department Store. 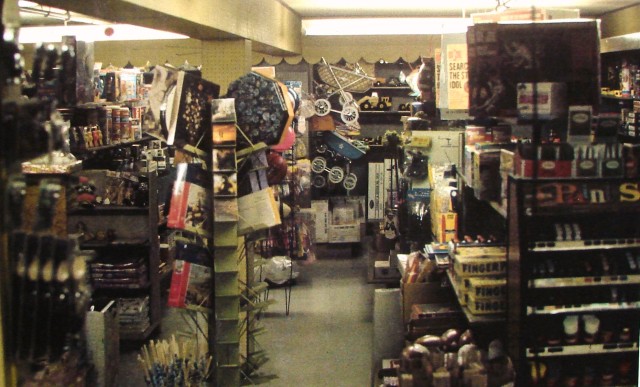 Ray Euse’s square hands and stubby fingers belied his real talent with painstaking craft work, and he became renowned for his creative displays in the front window.   For Easter there might be live bunnies, or a decorative branch with hanging basket-and-egg ornaments and chenille chicks sporting Easter bonnets.   On one St. Patrick’s Day, Ray fashioned potatoes into candle-stick holders with appropriately green, shamrock-bedecked candles, but was scolded by a passing Irishman for “desecrating” the esteemed potato, staple of the Irish diet. 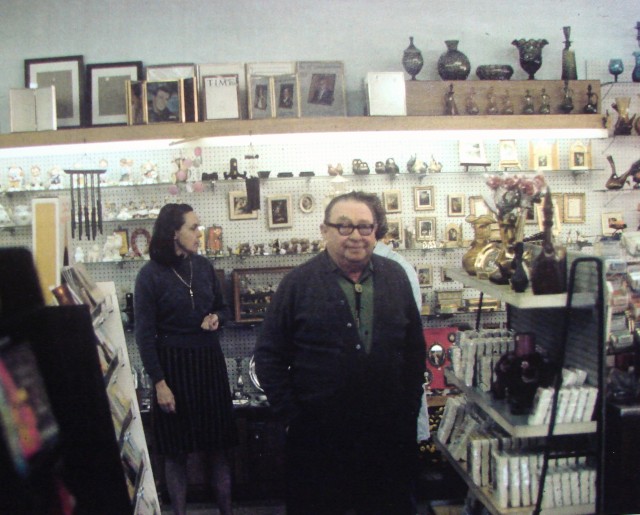 McGillivray’s was known for carrying a complete selection in every item they stocked.  In the craft room were sequins of ever color made.  The store carried four different birthday cards for girls and four for boys for each year through age eight.

A pad & pencil was kept at the check-out counter specifically for writing down items that customers asked for but which the store didn’t have, part of McGillivray’s dedication to good service.   They were willing to search for and carry special items, such as the old-fashioned dusting powder and puffs favored by the ladies at the Theodora Retirement Home.

Mr. Mac always presided over the penny-candy counter when children trooped in after school.   He said that he probably taught the children just as much math through the selection and purchase of candy as the math they were supposed to learn in school.   In later years it was a joy to meet some of those children again, grown and bringing their own children in to enroll in Mr. Mac’s “school of penny-candy.”

Last years of the McGillivray’s store

McGillivray’s store closing ad in 1974. Pictured are the McGillivrays as of the 1950s with their first granddaughter.

In addition to his work in the store, Ray Euse took time for community service.   He was active in the first Wedgwood Chamber of Commerce in the 1950s.  Ray worked with other business leaders to have a positive impact on the development of the neighborhood.

Mr. & Mrs. Mac retired in January 1968.   Ray Euse suffered a heart attack and died in October of that same year.   Bette Euse continued to manage the store with the part-time help of her parents until 1974, when the store was closed with only happy memories.

In an era before shopping malls and big specialty/discount stores, McGillivray’s truly filled a niche in the Wedgwood business district and earned its reputation as the “biggest little store in the Northwest.”

The McGillivrays had this house moved away from 35th Ave NE to create space for a parking lot for their store. The house was moved to 7308 38th Ave NE.

In the Wedgwood neighborhood’s growing years of the 1940s to the end of the 1960s, there were a number of locally-owned shops.  Like Bette Euse and her parents the McGillivrays, by 1970 some of these businessmen were approaching retirement age. They also had to cope with changes in the business environment due to the ups and downs of the economy, and changes in the built environment such as widening of 35th Ave NE.

Binek’s Electric Bakery in the building adjacent to McGillivray’s closed in about 1970.  Those storefronts in the 7500 block of 35th Ave NE have had many changes over the years.  The storefronts were created in about 1950 when a new owner bought what had been the Ida’s Inn building and added the “storefront system.”

Bud Gagnon’s Wedgewood Pharmacy at 8517 35th Ave NE closed in about 1972 when he was approached by a bank which wanted to buy his building.  Grant McVicar sold his hardware store (8507 35th Ave NE) to other operators but the business foundered a few years later, due to competition with Big Box hardware stores.

The Wedgwood Dairy Queen at 7320 35th Ave NE suffered from lack of parking and from repeated armed robberies.  It moved out at the end of the 1970s and the building became Domino’s Pizza.  It has another pizza company in it today.

Another example of changes in the economy and the business environment in Wedgwood are the numbers of gas stations, with only two now still operating.

Source:    All photos and info in this article are courtesy of Bette Euse, the McGillivray’s daughter, whom I interviewed in January 1994.  This article is protected under a Creative Commons Copyright; do not copy text or photos without permission.

Valarie is a volunteer writer of neighborhood history in Seattle.
View all posts by Wedgwood in Seattle History →
This entry was posted in businesses and tagged 1950s stores in Wedgwood, Neighborhood History, Seattle. Bookmark the permalink.

5 Responses to McGillivray’s: the Biggest Little Store in Wedgwood