Posted on September 18, 2021 by Wedgwood in Seattle History

As the weather gets cooler and the leaves begin to change color, birds begin their annual migration.  This article reprinted from All About Birds tells, how, why and where birds migrate.

“Geese winging their way south in wrinkled V-shaped flocks is perhaps the classic picture of migration—the annual, large-scale movement of birds between their breeding (summer) homes and their nonbreeding (winter) grounds. But geese are far from our only migratory birds. Of the more than 650 species of North American breeding birds, more than half are migratory.”

Why Do Birds Migrate? 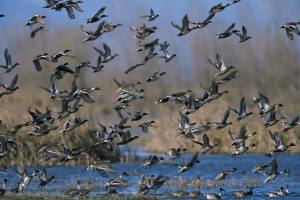 Birds that nest in the Northern Hemisphere tend to migrate northward in the spring to take advantage of burgeoning insect populations, budding plants and an abundance of nesting locations. As winter approaches and the availability of insects and other food drops, the birds move south again.  Escaping the cold is a motivating factor but many species, including hummingbirds, can withstand freezing temperatures as long as an adequate supply of food is available.

The term migration describes periodic, large-scale movements of populations of animals. One way to look at migration is to consider the distances traveled.

Permanent residents do not migrate.  They are able to find adequate supplies of food year-round. 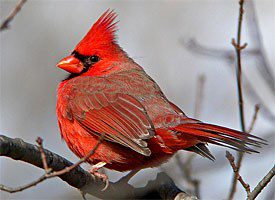 Short-distance migrants make relatively small movements, as from higher to lower elevations on a mountainside. 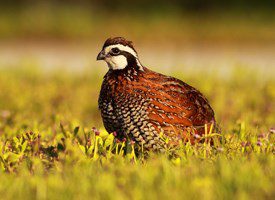 Long-distance migrants typically move from breeding ranges in the United States and Canada to wintering grounds in Central and South America.  Despite the arduous journeys involved, long-distance migration is a feature of some 350 species of North American birds. 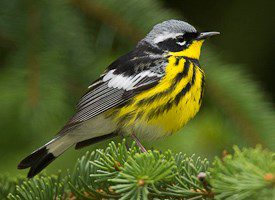 The pattern of migration can vary within each category, but is most variable in short and medium distance migrants.

While short-distance migration probably developed from a fairly simple need for food, the origins of long-distant migration patterns are much more complex. They’ve evolved over many years and are controlled at least partially by the genetic makeup of the birds.  They also incorporate responses to weather, geography, food sources, day length, and other factors.

For birds that winter in the tropics, it seems strange to imagine leaving home and embarking on a migration north. Why make such an arduous trip north in spring? One idea is that through many generations the tropical ancestors of these birds dispersed from their tropical breeding sites northward. The seasonal abundance of insect food and greater day length allowed them to raise more young (4–6 on average) than their stay-at-home tropical relatives (2–3 on average).

As their breeding zones moved north during periods of glacial retreat, the birds continued to return to their tropical homes as winter weather and declining food supplies made life more difficult. Supporting this theory is the fact that most North American vireos, flycatchers, tanagers, warblers, orioles, and swallows have evolved from forms that originated in the tropics.

The mechanisms initiating migratory behavior vary and are not always completely understood. Migration can be triggered by a combination of changes in day length, lower temperatures, changes in food supplies, and genetic predisposition.  Different species of birds and even segments of the population within the same species may follow different migratory patterns.

How Do Birds Navigate?

Migrating birds can cover thousands of miles in their annual travels, often traveling the same course year after year with little deviation. First-year birds often make their very first migration on their own. Somehow they can find their winter home despite never having seen it before, and return the following spring to where they were born. 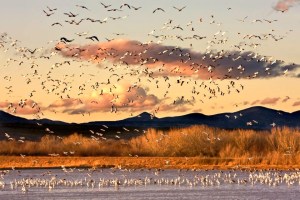 The secrets of their amazing navigational skills aren’t fully understood, partly because birds combine several different types of senses when they navigate. Birds can get compass information from the sun, the stars, and by sensing the earth’s magnetic field. They also get information from the position of the setting sun and from landmarks seen during the day. There’s even evidence that sense of smell plays a role, at least for homing pigeons.

Some species, particularly waterfowl and cranes, follow preferred pathways on their annual migrations. These pathways are often related to important stopover locations that provide food supplies critical to the birds’ survival. Smaller birds tend to migrate in broad fronts across the landscape. Studies using eBird data have revealed that many small birds take different routes in spring and fall, to take advantage of seasonal patterns in weather and food.

Migration is a fascinating study and there is much yet to learn. Many birdwatching websites provide guides to migration and on-line tracking sites.

Valarie is a volunteer writer of neighborhood history in Seattle.
View all posts by Wedgwood in Seattle History →
This entry was posted in Nature and wildlife and tagged Seattle. Bookmark the permalink.