Posted on December 27, 2015 by Wedgwood in Seattle History

The Nordic Heritage Museum in Seattle is the only museum in the United States which recognizes the contribution of immigrants from the five Nordic countries:  Denmark, Finland, Iceland, Norway and Sweden.  It is particularly appropriate for the Museum to be located in the Ballard neighborhood of Seattle where so many Scandinavian immigrants settled by or before 1900, and where their cultural contributions such as coffee-drinking, food, fun and festivals are still part of life in Seattle today.

UPDATE:  The present Nordic Heritage Museum at 3014 NW 67th Street, will close after the November 18-19, 2017 YuleFest.  A new building for the museum is under construction on Market Street in Ballard between 26th and 28th Avenues NW, and it will open on May 5, 2018.  The present site of the Nordic Heritage Museum is leased from the Seattle Public Schools.  After remodeling and upgrades, the site will be returned to use as an elementary school.

The first floor of the present Nordic Heritage Museum (3014 NW 67th Street) begins with a walk-through of the story of immigration called the Dream of America.  The journey of Scandinavian immigrants took them by ship to the landing at Ellis Island/New York City, and then many traveled by train to the Midwest.  Some tried their hand at farming in Minnesota and North Dakota before moving on to the Pacific Northwest.  Located just outside Seattle, the streets of Ballard were a separately-incorporated town which boomed with shingle mills and with small businesses such as bakeries, blacksmithing, and boarding houses for mill workers. 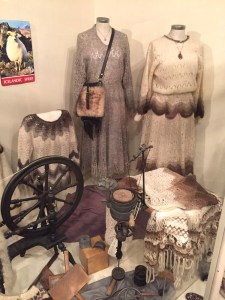 The museum’s second and third floors have exhibits dedicated to the logging and fishing industries of the Pacific Northwest, to the folk arts, tools and furniture featured in Scandinavian life, and to each of the five Nordic countries.  Some of the lifestyle of Scandinavians has been interwoven in the culture of Seattle, such as our fondness for boating, book-reading, coffee, skiing, and warm sweaters.

Put it on your “historic do-list” to visit the Nordic Heritage Museum when it re-opens at the new building at 28th & Market Street as of May 5, 2018.

Check out the events list, too.  All year round, the Nordic Heritage Museum has an array of concerts, lectures and classes in Scandinavian arts, knitting, dancing and woodwork.

The new building for the Nordic Heritage Museum will not have the same exhibit rooms as described here from my 2015 visit.  We are sad to say goodbye to the present site but we hope that the new museum will still convey the delights of Nordic culture. 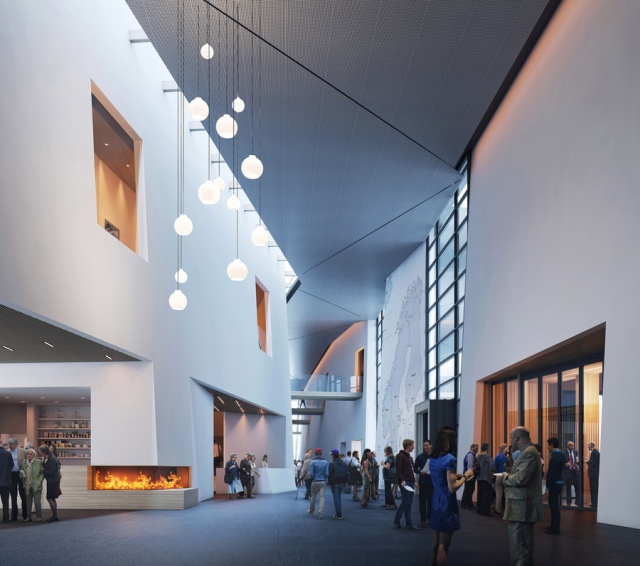 Valarie is a volunteer writer of neighborhood history in Seattle.
View all posts by Wedgwood in Seattle History →
This entry was posted in Events and holidays, Immigrant heritage and tagged Ballard neighborhood Neighborhood History, history of immigration, Seattle. Bookmark the permalink.